Bloodgod was a steady three-piece powerhouse delivering death metal soaked songs with all the features common to the genre: deep grunts, low-tuned guitars and fast riffs, double bass drumming and blast beats, plus a musical brutality that's permanently present. This is not new or unique. But a classic dish that's cooked with skills and love can still make your mouth water, right?

Although we loved every minute of it, the band called it quits in June 2018. Here's why we decided to disband. Thanks for checking us out. Blood for the Bloodgod! Skulls for the skull throne!

Check out Bloodgod's last EP 'Catharsis'. Recorded and mixed at Mass Audio Studio in Utrecht, NL and mastered at Jacob Hansen Studios in Ribe, DK. Have a listen here:

Or enjoy all songs of this 5-track release at Bandcamp or Soundcloud, Spotify, Google Play, iTunes, or ReverbNation among other platforms. Best enjoyed at maximum volume. 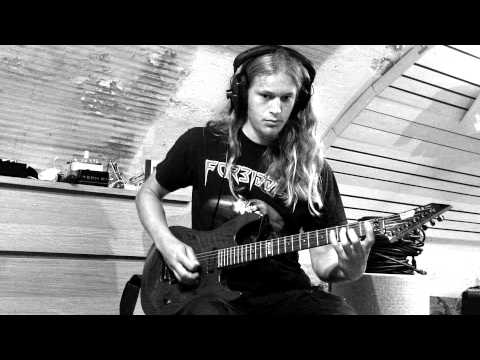